Senator Gillibrand is a Dangerous Pirate

Stifling the economy, trampling private property and straight thievery are the Senator’s current activities, at least according to the legislation she’s trying to pass. The PROTECT IP legislation being discussed in the Senate that she’s a co-sponsor of in theory seeks to prevent online piracy, but does little to stop intellectual property theft and in fact implicates her with breaking her own law. What the act would do is create a censorship regime in the USA and stifle the human rights of citizens around the world. As a New Yorker, a constituent and voting citizen, I’m concerned.

The Senator’s site features footage from Fox News. Pirated footage, that copywritten, has been used without permission. PROTECT IP and it’s partner bill in the House called the Stop Online Piracy Act. SOPA, as it is known, would mean that the entire Senate website, which hosts the content, could be not only taken down, but actually blocked from appearing on the Internet. Potentially, the underlying DNS system that tells computers how to find a website, would get rewritten. It’s like finding a house that has been hosting criminal activity and moving the entire building so that it couldn’t be found.Then removing any mention of it from the yellow pages, making it unsearchable.

Cutting off funding is also an option. Were the senators reelection campaign to use footage of her giving a speech that was recorded by someone that did not then give express permission for that content to be used, they could ask PayPal or another payment service to stop all donations from being processed.

Imagine a reelection campaign, A website like Kickstarter that might have someone raising money to do a video about the cornerstone issues to her campaign that could’ve otherwise been featured might get shutdown due to someone’s else’s content. Other startups could see this as an example of things to come and choose instead to stop their entrepreneurial venture, knowing that the costs for lawyers would be too high to bear for a young company.

Governments around the world are increasingly trying to legitimize their own censorship regimes based on the actions of countries like the UK and France. These countries have argued that in times of crisis, communications technology should be curtailed. Burma, Iran, Syria and Egypt have tried this too. After all what are these regimes if not in permanent crisis. This would add the USA to the list.

Parliamentarian Marietje Schaake of the European Union, an elected official who understands technology, recently stated that this legislation would actually impede transatlantic trade relations, not protect the economy as their advocates argue, and that “it would lead to the arms of US law enforcement to span all of the world and it would make the us lose its moral authority. Imagine if China would take down websites in europe or the us itself.” that level of censorship is what the US is proposing to do. it’s not good for free expression, nor for making a dollar.

Many technology companies — including AOL, eBay, Facebook, Google, LinkedIn, Mozilla, Twitter, Yahoo and Zynga — have come out strongly against the bill, calling it straight censorship and expressing concern that it could “pose a serious risk to our industry’s continued track record of innovation and job-creation, as well as to our Nation’s cybersecurity.” the coalition has come out with a strongly named domain, Protect Innovation, accessible at 66.96.160.148 in case the legislation passes and the site is allegedly blocked.

Worse still is that tools that are used by human rights defenders around the world to freely express themselves in the face of repression might themselves come under attack. Evading censorship, whether to stifle political speech or copyright infringement are structurally the same. Not being able to connect securely can have awful implications. The senator might have dissidents from these regimes joining her on breaking laws, though they could face time behind bars or much worse conditions.

A representative for the Motion Picture Association of America (MPAA) called it, “a choice between protecting American creativity and jobs or protecting thieves.” unfortunately, if enacted, it will do little to stop piracy but will prevent an emerging job-creating industry from sustaining and growing. It flies in the face of secretary clinton’s internet freedom agenda and the universal declaration of human rights that it’s based on, which promises freedom of expression as a shared human value, to be protected and preserved for the good of all.

Go to your Congress person and Senators while you still can and tell them that this takes us in the opposite direction from the revolutions in Egypt and Tunisia, instead encouraging censorship regimes and the tyranny that follows. And call them before they suggest legislation that allows the government to reroute and block phone numbers too. Here’s a handy site to help with finding them by zip code: opencongress.org.

What can be done to help support the open internet? For starters, click on to stopcenshorship.org to oppose the legislation. 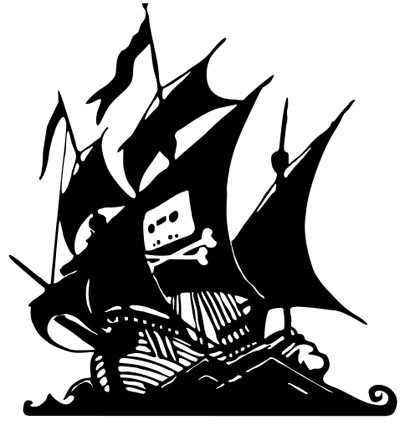