What if people around the world could sign a petition for free using just a regular mobile?

This is the simple question that sparked the creation of Crowdring: a tech tool that links petitions to a dedicated local phone number, allowing people to demonstrate their political support by placing missed calls.

Traveling around the world, it’s been amazing to see the growing proliferation of mobile phones. Even amongst the worlds poorest people. And in many places, they function even better than here in the USA where I still can’t make a voice call in NYC without it dropping and my friends struggle to contort their smart phone usage to limits and caps imposed by the carriers. Bangladesh still wins for me in terms of places I’ve been that have the best quality for cost ratio, whether weighted against GDP or in general.

Humans innovate when faced with challenges. Cost tends to be a another big one when talking about phones. A creative means of overcoming this obstacle has been a growing culture around the world of missed calls, where two people negotiate to not answer the phone and therefore incur a cost, but instead just let it ring. For instance: I’ll send you a missed call when I’m leaving the office. If it rings twice, then I’ll be stopping by the store before we meet. Just once and I’m headed straight to the restaurant. Communication still happens via mobile, but not over voice, SMS or data, meaning that the call is free. Communication is free.

The digital divide is a funny concept in a world where people have the tools to communicate but can’t necessarily afford to. And when faced with spending precious mobile minutes on a political campaign or to call family, people everywhere will choose the latter. The opportunity that presents itself is to create more participatory democracies if this hurdle can be overcome.

Crowdring allows for this mass mobilization without burdening poor people with a cost in order to participate. There’s still a difficulty in that the reverse cost of messaging a lot of people at once from a centralized system is really expensive. Part of the need for this tool is the ability to integrate with mobile carriers for bulk message buys. I’m hoping that they see this as an opportunity to monetize missed calls, rather than a threat to their bottom line.

Either way, as we build it, it will be exciting to develop what the future of campaigning can be by taking petitions into the mobile realm and starting to establish the metrics that already exist for email. And given the lack of privacy and security standards in most countries, it will be a priority to develop methods to keep people safe when they are participating.

The first group that will be testing this is a project out of Purpose that I’m involved with called The Rules. The mission of the organization is to build a movement of people around the world to change the laws, policies, practices and beliefs keep growing huge gaps between the rich and poor. To do this, we’ve been developing a participatory campaigning strategy to include those voices. But the tools didn’t exist for us to do it and include everyone, so now we’re building it.

You can check out the initial logo I made, which is still missing women due to a fast turnaround time and the difficulty of using Gimp to produce nice graphics. You can also check out the proposal that we submitted to the Knight NewsChallenge, which details a lot of the functionality, Facebook Zero integration and more. 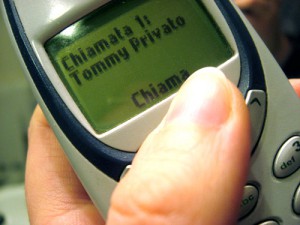 If you have any thoughts on features you’d like to see or situations that you think this might be helpful in, please let me know. As an open source project, I’m excited to see where it will evolve to.